Benefits of Drinking Water from a Copper Bottle 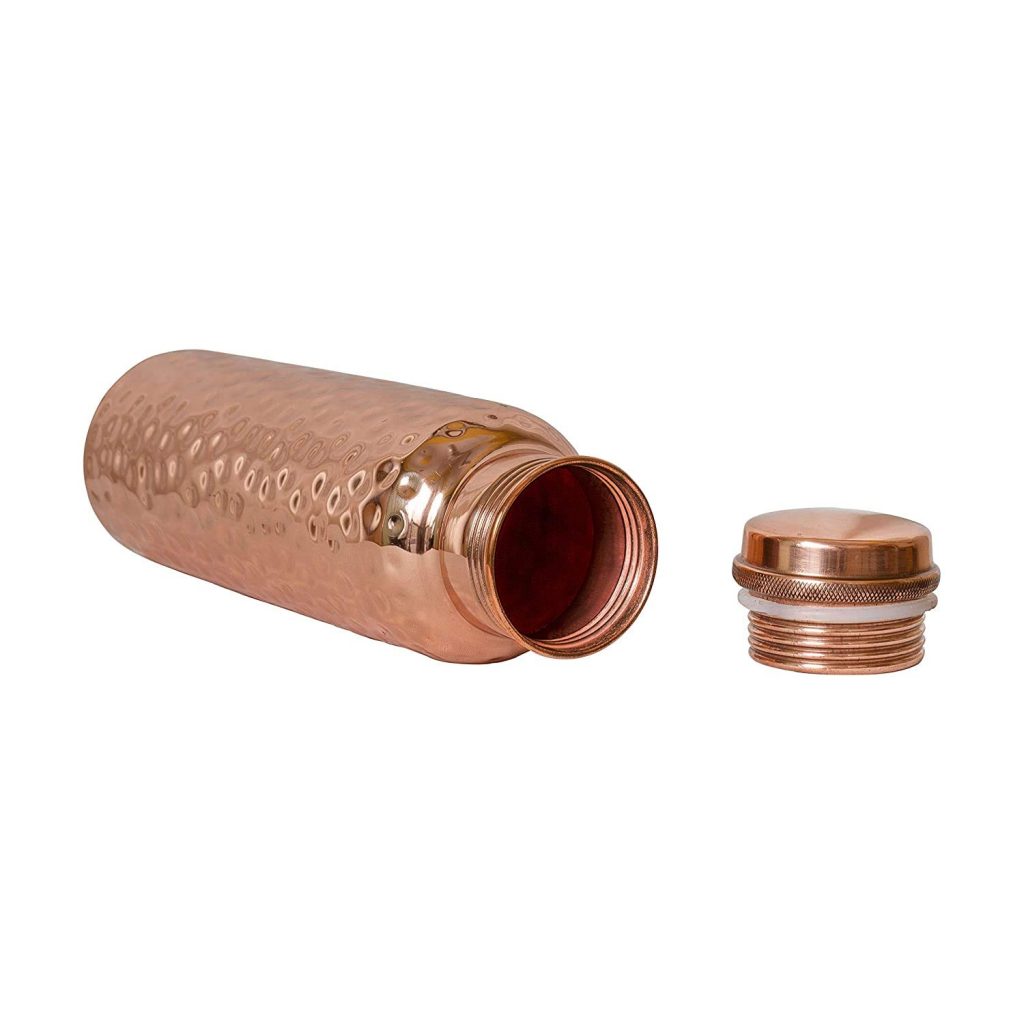 Benefits of Drinking Water from a Copper Bottle

Copper is a known antioxidant, which means it fights off all the free radicals and negates their negative effects. Free-radicals and their harmful effects have been major causes of cancer in the human body. Copper also helps in the production of Melanin which gives colour to one’s skin and eyes, as well protects one from the harmful UV rays of the sun.

According to the American Cancer Society, Copper is known to reduce cholesterol and triglyceride levels.  If Copper deficiency has set on since childhood, it leads to the development of hypotension however, if adults suffer from copper deficiency they develop hypertension. Therefore, trace amounts of copper are critical for the regulation of blood pressure in a person.

3) Aids the Functioning of Thyroid Gland:

Copper assists in the breakdown of food to make hemoglobin, it helps the body in absorbing iron, the deficiency of which causes anemia. Copper deficiency in the human body can lead to rare hematological disorders which also results in low white blood cells.

Copper has anti-inflammatory properties which provide great relief to the patients suffering from arthritis and rheumatoid arthritis. Additionally, copper has bone strengthening properties, which makes it a perfect cure for arthritis.

Copper a natural antibiotic; water stored in copper bottles for more than 8 hours is free of all such microbial. Copper is effective against Ecolab, S. aurous and Cholera Bacillus among other common water borne disease causing agents.

Ancient roman texts talk about prescribing copper based medicine to kill off germs in the stomach. Ayurveda claims that, drinking “tamra jal” detoxifies and cleanses the stomach. Copper also has properties which stimulate peristalsis (rhythmic expansion and contraction of the stomach lining), reduces the inflammation of the stomach lining and assists in better digestion. Copper is an excellent remedy for stomach ulcers, indigestion and stomach infections.

Copper helps clean plaque as well as dilate the blood vessels to increase the the blood flow to the heart. Studies have proved that Copper deficiency can result in the dysfunction of the heart muscles, leading to insufficient pumping of the blood, impaired circulation of blood in the body and the inability to respond correctly to stress.

Ancient Egyptians used a lot of copper based beautifying agents, several skin care products these days are copper based because copper is not only an antioxidant, it also assists cell regeneration, negating the harmful effects of free agents on the skin.

The human brain interacts with the rest of the body through electrical impulses. Copper helps the cells in communicating with each other by carrying out these impulses, making the brain work much efficiency.

Copper plays an instrumental role in dissolving the excess fat deposits in the human body and helps reduce weight. Copper keeps the body in a fat burning situation even when the individual is resting, however, this does not mean that too much copper will burn more fat; too much copper could end up poisoning the human body.